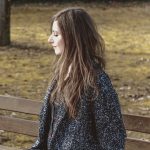 IBS isn’t fun for anyone – I honestly don’t think that it makes any difference whether you’re male or female. And yet, I feel like some specific struggles are probably more prominent for women. Or am I wrong?

Let’s talk about the most obvious one first: women don’t poop. Like, ever. And when they do, they do it secretly so that no one notices. Seriously, how often do you hear women talk about bowel movements, or anything related to that? In my case, not often at all. Guys, however, seem to have no problem with that. For some reason, it’s totally normal for a guy to say that he’s got to go poop and you better not go near the bathroom. I’ve honestly never heard a woman announce that. And yet when you have IBS, there’s no getting around the topic. I feel like this one must be easier when you’re a guy. But maybe that’s just because the grass always seems greener on the other side of the fence.

Obviously, IBS impacts relationships for both men and women. But here, we have to deal with that same stigma that women are supposed to be superior creatures who don’t deal with bowel movements.

At the beginning of my relationship with my boyfriend, I was living in a tiny studio with a bathroom door that didn’t really close. He slept over all of the time, and yet I avoided using the bathroom of my own apartment for almost the entire first year, just because I didn’t want him to think that I was gross. Thankfully I didn’t have IBS yet at that point! And yes, I know how stupid this sounds – we all need to use the bathroom, after all! But that’s still how I felt.

IBS is not the sexiest condition to have. And while it’s not a problem to talk about it with your long-term partner, I suppose that it would make dating a little harder. Oh, and let’s talk about how feeling ill more often can impact a physical relationship. Or actually, I think you can imagine.

To stay on the relationship topic, let’s talk about contraception. Or the fact that you can never trust the birth control pill when you constantly have diarrhea. I’ve been taking birth control for years, and I always, always had the same problem: they say that it doesn’t work when you get diarrhea after taking the pill. Yet when I took it in the morning, I often got diarrhea afterward! Thanks, morning IBS.

Since mornings weren’t working too well, I did try taking it at night. But for some reason, I just couldn’t remember to take it every day at night. And the pill doesn’t work if you forget it, either…Long story short, I was constantly scared about getting pregnant. Maybe the birth control pill is not a good choice for IBS sufferers. I feel much less stressed since I stopped taking mine.

For some reason, women love to go out for brunch. But my IBS really, really hates it. It’s not just the fact that my boyfriend kind of expected me to go brunching with him (all his friends to that with their girlfriends). In addition to that, my girlfriends keep inviting me to brunch every time we make plans. And I keep declining, over and over again.

Honestly, I’ve never seen two guy friends go brunching together. Except for that episode of “How I Met Your Mother,” but that’s a different story. They seem to always go for a drink instead (which would work much better for me). Really, it must be easier to be a guy with this one.

The non-existent bikini body with IBS

Every spring, lots of women around me start preparing their bodies for summer. Eating even healthier, exercising, the whole package. After all, they want to look good in a bathing suit in a couple of months! Well, I don’t even bother. Let’s be real: the only way I can look good in a bathing suit is if I’ve been to the bathroom 6 times in the morning and haven’t had any food since.

But as soon as I eat the smallest little thing, my stomach gets bloated. Not badly bloated, it doesn’t even bother me. But bloated enough so that it’s never flat. And if I don’t eat for too long, I somehow get the same thing. Apparently, IBS can also impact an empty stomach. All in all, I’ve just abandoned the idea of a bikini body. And eating super healthy doesn’t work for me anyway, because vegetables make me feel so bloated. Thanks again, IBS.

Maybe it’s just me, but periods tend to add that little bit of punch to my IBS. Even more cramps and pain, even more bloating, and time spent in the bathroom. When I was still working at a corporate job, I had to make sure that my periods would come on the weekend (with the help of that birth control pill I never trusted.) Otherwise, I just wasn’t able to go to work. Now that I work from home, it doesn’t make that much of a difference anymore, but still: Whenever I’m on my period, I better not leave my house for too long.

Do you agree that these things particularly impact women with IBS? Or do you maybe have a completely different experience with that? I would love to know!