What Is Your Gut Trying To Tell You? 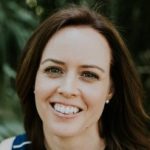 Sunday nights were the worst. I dreaded thinking about the hours left in the day that would bring me closer to Monday and to work. My belly was twisted in knots at the thought of the week ahead.

In the beginning, I really enjoyed my job and I was so happy to have finally ‘made it.’ I was working at a reputable organization in the dispute resolution field, I was finally earning good money, I had good conditions, my colleagues were welcoming and supportive and I was good at it. But I pushed myself too hard, I would get in to the office early, work, eat at my desk or on a quick lunch break, then right back to it and by the time I got home I was too exhausted to do much but lie on the couch and watch TV. The toll of being in a high pressure, highly emotive environment, coupled with my need to succeed, gradually took its toll on my health. I was suffering from chronic stress and I was burnt out and I didn’t know what to do about it. I began to dread going to work.

It took some time, maybe a year or more of trying frustratingly to resolve my digestive issues before I linked work as one of the causes. Sometimes the IBS symptoms would appear as soon as I was settled in for the day, sometimes not until after lunch, but I realised that it was generally linked to a stressful situation at work that would increase my heart rate, create a lump in my belly and make me sweat.

I still experienced the bloating, the abdominal pain and discomfort, the constipation and occasional diarrhea at home, on the weekends and during time away from work, but I began to take better notice of it at work. I had already made the decision to change my career path and my employer had been accommodating so that I could fit in my studies. However, because I began to realize that work was having an impact on the digestive issues that I was desperately trying to fix, it made going to work that much worse.

A new role came up with less stress and less responsibility and I took it but I still couldn’t shake the feeling that I couldn’t work there if I really wanted to resolve my IBS issues. I stayed for another year because I needed the money and I wasn’t ready to give up that part of my life and I thought that things would get better eventually.

It came to a head when I realized that I couldn’t juggle my studies and my job anymore and I knew that I had to resign and focus on my new career. It was still very hard to make the decision to leave. I worked so hard for this career but deep inside I also knew that if I stayed I would be giving up a chance to finally resolve my digestive issues.

Within two weeks of finishing at work my symptoms had improved significantly. I had already been following the low FODMAP diet and figuring out which foods were affecting me. However, once I stopped work it was like something had been released from deep inside, the knots unravelled, the pain dissipated and my bowels started moving again. I felt a sense of release from the constraints of a job I grew to hate. I still need to watch what I eat and I still need to focus on managing stress, but removing that one big obstacle was a major turning point in regaining my health.

Do you feel the same about your job, or is there something else in your life that makes your symptoms worse? What is your gut trying to tell you?