We recently conducted the 5th IBS In America survey. We asked the community about living with IBS, when symptoms first appeared, how long it took to get a diagnosis, and more.

We learned from you that 1 in 5 people started to experience IBS symptoms before adulthood. More than half (54 percent) of those who took the survey reported that they did not go straight to the doctor when they first had symptoms of IBS. Instead, they did their best to tolerate the symptoms and move on with their lives.

We asked the advocates, "Did you put off going to the doctor? About how long? Do you mind sharing why?" 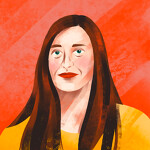 "I had my first colonoscopy when I was 3 years old. Throughout childhood, I had various issues that were likely symptoms of IBS. When I was 18, my symptoms became more bothersome. I had a second colonoscopy at 18 and my third at 19. After having my third colonoscopy, I was diagnosed with IBS. I likely would have put off going to the doctor if my family did not have 6 Crohn's patients." – Amy P. 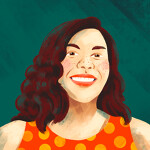 "I can remember being young and knowing something wasn't right with my gut. In my house, as my sister put it, we were always a live-to-eat household. My gut symptoms were something that was overlooked while I was young. I was also told I was making it up. Years later, when I was in control of my life, I did seek medical advice and realized I do have something medically wrong. I wish I would have gotten the help as a child, though. I feel like maybe it wouldn't have gotten as bad as it has if we had worked on it from childhood." – Shannon G. 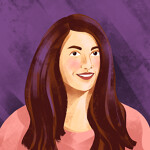 "I started experiencing symptoms in early adulthood, and I never ignored them. At first, I thought that I had caught a stomach bug that took a long time to get better. But after a few weeks, I was horrified at the thought that this might not go away and went to see the doctor, and then other doctors. I hoped that they would find some magic cure to make all of my symptoms go away, which never happened. In my case, I wish that I had started doing my own research earlier on (it took me about a year to discover the low-FODMAP diet). Maybe I would have struggled less if I hadn't put so much hope in treatments that don't seem to work for me." – Karina 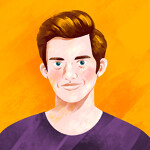 "I put off going for a long time. It was a combination of embarrassment and a resistance to giving up the foods I liked. I am a huge cheesehead, and I felt like addressing the problem would leave me without a love of tasty food!" – Sawyer

How about you? Did you experience symptoms long before being diagnosed? Did you recognize them and ignore them? If you are comfortable, please share your experience with us in the comments below or visit our forums.

The 5th IBS In America survey was conducted online from June 8 through August 3, 2020. All of the 1,930 people who completed the survey have been screened to have IBS symptoms.

Community Views On The Link Between IBS and Endometriosis

Quiz: What Did Our In America Survey Teach Us About IBS?

Please read our rules before commenting.

Have you taken our In America Survey yet?