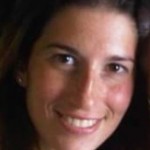 We all want to feel validated in some way, shape or form. Whether we express these feelings or not, it is human nature for most people to want to feel accepted for who they are. We all want unconditional love in our lives and for those people who suffer from an illness like irritable bowel syndrome, that is no exception.

The tricky part about receiving unconditional love when you suffer from a chronic, invisible illness is that you need the people in your life to believe you. You need (and want) them to believe you are suffering and not just complaining or exaggerating. When a person suffers from irritable bowel syndrome (IBS,) there is not that much to see in terms of imaging and lab work. Unfortunately, that is what people who don’t really understand the disease go by. After all, if nothing is showing up on cat scans, MRI’s, scopes, small bowel series, blood work, etc then everything must be fine, right?

Those of you who suffer from IBS know the answer to that question is absolutely not.

I knew it wasn’t in my head

As I mentioned in a previous article, I have inflammatory bowel disease (IBD) which is different than irritable bowel syndrome (IBS.) However, it is also a chronic, invisible illness. I had surgery because of my disease and was told this surgery would cure me. I would go back to life before I was diagnosed and forget this ever happened. That couldn’t have been farther from the truth but it was in my parents minds up until fairly recently. I had to constantly validate how I was feeling and reiterate that something was going on inside my body and that I wasn’t just complaining or making a big deal out of nothing.

My weight would also have a lot to do with it. If I didn’t look painfully thin, it was assumed by loved ones and doctors that I had to be doing well. That seriously pissed me off because you don’t need to be 90lbs to be suffering.

I would constantly hear how all I needed was a therapist and psychiatric medication to help me manage stress and anxiety. I felt like I was being told it was all in my head when I knew it wasn’t. That feeling was one of the worst for me. It is bad enough being in pain, uncomfortable, missing out on things, have issues eating, the list goes on but it is gut wrenching to have to continuously justify that you are going through something physically terrible – regardless if anyone can see it from the outside.

I met my boyfriend three years ago and from the moment I began sharing with him more of what was going on with me, the more he observed for himself, and the closer we became, the more he continued to try and ingrain in my head that something was not right. He even made appointments for me with doctors he got recommendations for. He has been with me through a ton of tests, a four day hospitalization, and countless appointments. My boyfriend is a patient advocate since his son was born with Crohn’s Disease so he is smarter than your average person when it comes to recognizing signs of something being wrong but still… he always believed me.

And whenever a doctor would dismiss me or I would begin to feel like I was crazy, he always did his best to smash those doubts. He said things like “I am a busy man. Would I be wasting time or pushing you to make appointments and do certain things if I felt like it was all in your head or there was nothing going on?” It was so comforting to have someone I trusted be on my side with this.

We had a conference to attend a month ago and I had been in a local emergency room the night before, left against medical advice with the plan being to go to my hospital ASAP. I was still somewhat ready to do my best to suck it up and have us continue on with our plans and deal with going to the hospital when we got back. I not only didn’t want to miss out on something I had been looking forward to for a while, but I did not want him missing out because of me. Whenever we have advocacy related things, he always skips dinners to hang with me in the hotel room when I am not feeling well and while I appreciate it so much (and definitely would much prefer the company,) it does make me feel badly. I want him to be able to do enjoyable things especially because he works so hard and sacrifices so much for me.

As we sat in the car after leaving the ER, he continued to tell me how strongly he felt that we focus on my health and get to the hospital the next morning. I kept asking him if he really believed something physical was going on or if I was making a big deal out of nothing and this is how I was supposed to feel (who can tell anymore?) After roughly 45 minutes of sitting in the car crying and talking, he convinced me that what I was feeling was real and that he 100% believed that in his gut. He would bet my life on it and the life of his children he told me. He always maintained something wasn’t right since the beginning of our relationship and I could never thank him enough for believing me. It is because of him that I am slowly but surely getting real answers and devising a plan to help get me feeling better.

You are not alone

I know there are so many of you out there who have partners, parents, spouses, children, siblings, coworkers, and friends who either don’t believe you or don’t understand what it feels like to suffer from an invisible illness. I understand how frustrating it is to have to fight not only your body but mentally have to work so hard to get the people in your life to understand that what you are going through is real.

Please know you are not alone. So many people who suffer from irritable bowel syndrome or any kind of chronic, invisible illness have felt or do feel the way you do. It is incredibly hard which is why the more we can share the vulnerable parts of our journey, the more others will get it. That has been my experience at least.

Social media is a great way to do that also. If you don’t yet feel comfortable sharing things of a more personal nature about your IBS with friends/family, maybe think about creating a separate account dedicated towards sharing what you are dealing with with other people who have either irritable bowel syndrome or another invisible illness. The connections that I have made through social media have been amazing and really empower me to share more with people who don’t have my disease. And that is how awareness starts 🙂