Releasing Anger To Ease Your Symptoms

Anger is a funny thing. It's useful by letting us know that something’s happened that we’re strongly displeased about. But holding onto anger for any length of time has little benefit. That's because it keeps us stuck in a place of negativity that holds us back and prevents us moving forward.

This same pattern happens when you get angry because something triggers your IBS. And it doesn't matter whether it was caused by something you did or by someone else.

Now I’m not saying that you should never get angry or annoyed about IBS. Severe gut symptoms, overwhelming pain, and the impact this has on your life are certainly annoying. So feeling angry is normal.

And sometimes the anger can even be helpful, at least after it first happens. Anger is a primal emotion that can help you to judge the severity of the situation and the importance of an event. So feeling anger after your IBS is triggered focuses your attention and forces you to reflect on what may have triggered your symptoms. And if you can work out what the trigger was, you can then take steps to avoid this trigger in the future.

So, anger can be a useful emotion for helping you to manage IBS.

But anger is only useful if you release it after it’s served its purpose.

The problem with anger arises when you hold onto it for longer than is necessary. When you keep replaying the cause of the anger over and over in your mind, refusing to let go of the frustration. It’s especially problematic when it goes on for hours or days after the event is over. When this happens, anger doesn’t serve you, but instead becomes a hindrance.

Since IBS can be made worse by stressful emotions, the negativity of anger can impact your symptoms and make them worse.

This is something I’ve experienced firsthand many times. Most of my anger used to be directed at myself. Back when I used to believe that I was causing my IBS, I would get angry at myself every time it got triggered. I’d berate myself for first causing the symptoms, then I’d get angrier because I couldn’t stop the symptoms either. The anger would spiral out of control and things would get even worse.

But even after I realized that my IBS was not all in my head, I’d still get angry at myself if my symptoms were triggered. Whether it was because of food I ate or something else, I couldn't help but blame myself. I'd also get angry with other people if the food they cooked for me made me sick, especially if they assured me it would be okay.

Slowly though I learned to forgive myself for my mistakes. And to forgive others for their mistakes. We’re only human after all. And part of being human means getting things wrong occasionally.

What surprised me though was that forgiveness released the anger, which in turn eased the pain. Sure, it didn’t stop the symptoms or prevent them from happening, but it made them less severe and easier to deal with. So now I forgive as quickly as possible... I forgive myself and I forgive others. And it's my IBS that benefits the most. 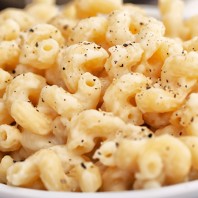 0 comments
This article represents the opinions, thoughts, and experiences of the author; none of this content has been paid for by any advertiser. The IrritableBowelSyndrome.net team does not recommend or endorse any products or treatments discussed herein. Learn more about how we maintain editorial integrity here.

Do you incorporate berries in your diet?