Pets and IBS: They Go Together 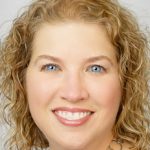 Well, crap. Here’s some news I didn’t need: Apparently, pet owners are at higher risk for developing IBS. Researchers at East Tennessee State University (ETSU) did what’s called a meta-analysis of five studies that looked at various risk factors for IBS. They found that people who were exposed to a variety of kinds of pets are slightly more likely to develop it.1 They presented their findings at Digestive Disease Week, a medical conference in May 2019.

None of the studies (conducted between 2006 and 2016) focused exclusively on pet ownership; all were looking at multiple risk factors covering diet and lifestyle. But one lifestyle factor that jumped out statistically for the ETSU researchers were having critters at home. It wasn’t a HUGE increased risk. But considering how many people have pets, and have IBS, this should be a “conversation starter,” they said.

Apparently, the risk of IBS may be increased because exposure to pet feces could disrupt the gut microbiome in a similar way to fecal transplants. And when living with animals, contact with some poop is just unavoidable. Before pointing to the litter box as the obvious culprit, know this: It’s not just about cats and dogs. One of the five studies found that while yes, most pet owners with IBS reported having a cat or dog, others had birds, tortoises or fish, among other beasts.

Another study revealed a linkage between IBS and “exposure to a herbivore pet” in childhood – a category that includes rabbits, guinea pigs, and hamsters.

Looking inward at my IBS journey with pets

I immediately did a mental inventory of my life with pets: cats, dogs, hamsters, rats, rabbits, horses, chickens, and fish. I pretty much check all the boxes! Now, for me personally, since so many people in my family have digestive symptoms of some kind, it seems unlikely that my pets were a “cause.” But that doesn’t mean exposure to animal poop couldn’t have an influence. Anything could have an influence – heck, just writing about this makes my stomach gurgle a bit!

The researchers also noted that people with IBS have higher levels of anxiety and depression, which may spur them to seek comfort via pet ownership. My cats have been de facto therapy animals my entire life. Even before that concept became a thing, I sought out their soft bellies and sweet purrs for emotional comfort.

Don’t panic about the findings

But which came first: The flare-ups or the felines? That’s not something the researchers are able to unravel just by looking retrospectively at studies. Maybe some self-selection is at work here, as well as self-clumping cat litter.

So, don’t panic, and don’t let anyone take your furry, feathery or finny friends away from you. It’s just another reminder that this condition is far from simple to understand—there are many potential causes and effects. Keep doing what keeps you sane, even if that includes doggy bags and hamster cages. (And wash your hands!)