Skip to Accessibility ToolsSkip to ContentSkip to Footer

If Your Brain Were in Your Gut, What Would It Be Thinking?

My gut is telling me this is a trick question, and it’s right on. Actually, we do have a brain in our guts. But it’s not a thinking, conscious, decision-making kind of brain like the one in our skulls. More like a continuous row of axons lining the entire digestive tract.

Whenever an interaction with someone new makes a strong impression, I feel a palpable gut twinge--or a kind of SONAR ping bouncing off my pelvic floor and straight up to the brain in my noggin. Despite those strong gut-punches, my southern hemisphere doesn’t just house a reactive bundle of nerves. The brain in my gut is an extension of the autonomic nervous system and regulates my digestion, hormone activity, acid and mucus production, and microbial population. So that makes me think there would have to be harmonious diplomatic relations above and below my Mason-Dixon Line lest a civil war breaks out. If that’s the case, then, for the last five years my Blue and Gray brothers-in-arms “have been engaged in a great civil war, testing whether my healthy constitution, or any constitution so conceived, and so dedicated, can long endure. We are met on a great battlefield of that war” whenever I have symptoms of irritable bowel syndrome.

My gut is eerily silent.

But it hasn’t felt that way lately, not for many months now. After seeing my gastroenterologist and undergoing a battery of tests to rule out various causes last summer, we came up with a big fat blank.  I was given a low FODMAP diet handout and told to work on it myself. I’ve gotten as far as noticing gluten sensitivity from bread and pasta, so I now eat gluten-free pasta, which digests more easily and without that uncomfortably full sensation that my ribs will crack at any moment. I can’t stand gluten-free bread, so I still eat regular wheat bread. Other than that one minor change to gluten-free pasta, my diet hasn’t changed and I still get bloated and distended if I eat more than a thimble-full of food. Yet, I haven’t needed to take laxatives to stay regular for some time. All good news, but it’s confusing. I didn’t do anything to make this happen. My gut is eerily silent. No excruciating spasms, no gas pains, no excessive flatulence. Since my gut brain is keeping mum about why the alimentary canal is happy as a giant caterpillar stoned on opium, I have consulted my noggin brain for an explanation. It told me to do research.

Problems in the gut can affect mood in the big brain

Most sources I’ve read emphasize the role stress can play in our gut health. I used to blow that off. It’s too similar to a 19th century practice of dismissing women’s complaints as being a product of hysteria and therefore incredulous and unreliable. But things have changed since then. Medical opinion supports the impact anxiety and depression can have on digestion. What’s more, studies in the field of neurogastroenterology are showing the opposite might be true as well, that problems in the gut can affect mood in the big brain. According to Justin and Erica Sonnenberg in a 2015 article in the Scientific American, gut microbes influence levels of serotonin, the happiness hormone, produced in the gut itself, just as antidepressant drugs such as Prozac and Zoloft modulate serotonin levels to impact mood in the big brain.

Personally, I am not at all emotionally stressed, nor have my feelings ever affected my IBS symptoms. Since I cannot blame an IBS flare-up on mood, neither can I give my lack of stress the credit for having a quiet gut. And as nice as it is to have it quiet in the lower level, I’m disappointed that I didn’t learn more about why my plumbing works well and why it suddenly doesn’t.

An autonomic nervous system can’t speak or think. But if it could, I imagine it speaking in unfamiliar tongues that only gut microbes can decode. Until I learn its language, I’ll just have to go with my gut. 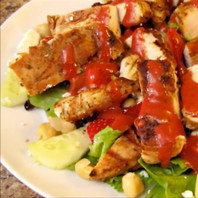 The Importance Of Water

2 comments
This article represents the opinions, thoughts, and experiences of the author; none of this content has been paid for by any advertiser. The IrritableBowelSyndrome.net team does not recommend or endorse any products or treatments discussed herein. Learn more about how we maintain editorial integrity here.

Is gluten a trigger for you?