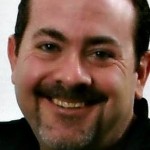 The fear of failure is one of the most common obstacles to success. I think the idea of ‘fear of failure’ is most easily summarized by saying that someone wants desperately to succeed at something only to fear that no matter what they do or how hard they try, they will not be successful in their endeavor. In my experience, the fear of failure has been one angry monkey on my back. I am a perfectionist. If I believe that I cannot perform the tasks required to achieve my goal without exception, I will consider not trying at all. Now, that said, I have worked on this particular ‘flaw’ in my character and have made significant improvements. I will put myself out there even if there is little chance of success, just to experience whatever outcome that should arise. Failure is a part of recovery from an illness. Success is too. It really is about accepting the simple fact that you will experience both wins and losses and that this is all part of the journey. I honestly don’t know anyone who is successful 100% of the time. What does that mean? That means that even the most successful people in the world fail. The difference is how we handle failure and what we do with it.

IBS is a war

I have said time and again that IBS is a WAR and not a single battle. Just like an army you make all sorts of preparations and plans to achieve victory against your foe. In this case, our foe is IBS. You’ve got your diet sorted, you exercise, see your doctor, manage your mental health and then…you get sick again. You’ve lost a battle, not the war. If an army gave up after one or two battles, we would be living under NAZI occupation right now. Our whole world would be different if people gave up after one battle. What does the successful general or army  do after a lost battle? They analyze what went wrong and what could have been done differently. They take a look at the next battle and set a new strategy. Sometimes that particular battle was lost due to circumstances completely out of their control. Things are not black and white, my friends. There are many positive factors that can come from loss. Let’s take a look at a few of the most significant results.

The first positive result of failure is the simple fact that people don’t generally like to lose. Do you LIKE to lose? I thought not. So therefore, losing causes an emotion of distaste, anger and frustration. These negative emotions, when dealt with in the right way, can instill in you the WILL TO SUCCEED. The Will to Succeed is a powerful force when channeled the right way. Don’t get mad; GET EVEN. Do whatever it is you need to do to prepare for the next onslaught. I’ll bet you approach the next challenge with renewed vigor. A second positive result of failure is education. IF you are willing, you can learn from your mistakes or even those of others. Paying attention, being mindful of the reality of a situation can glean many important pieces of information. What we want here is OPENNESS and a willing to learn from failure.

With a new outlook on failure and the benefits and experience you can gain from it, hopefully some of the fear will go away. You should always be proud of the efforts you put into a struggle regardless of whether you are successful or not at a particular time. There is always one more time. Keep pushing.