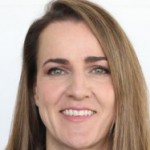 I’ve been reading and hearing more and more about fecal microbiota transplants (FMTs) as possible treatment for IBS.

I know, I know. There’s a definite “ick” factor involved with this subject, but it has actually been performed by doctors for hundreds of years. In fact, treating gastrointestinal disorders with FMT was attempted as early as the 4th century, where a Chinese physician named Ge Hong advised his patients suffering from severe diarrhea to consume fresh stool via a “soup” made from feces and water as a form of treatment.

A fecal transplant is a procedure in which fecal matter, or stool, is collected from a pre-qualified healthy donor and put it into an unhealthy recipient. The feces can be administered via an enema, colonoscope, through swallowing freeze-dried capsules, or via a tube that is inserted through the mouth and into the gut.

The intent of a fecal transplant is to repopulate your gut with healthy bacteria that are living in the healthy donor’s gut.

Many clinical trials have shown that FMTs are especially useful for people who have reoccurring intestinal infections caused by C. diff (clostridium difficile), a serious infection inside the gut that causes severe diarrhea, vomiting, fever, and can even lead to death.

There haven’t been many large-scale studies to test whether FMTs could benefit people with IBS, but a few small studies have produced positive outcomes. One small study at Montefiore Medical Center in New York City followed up on patients treated with FMT for refractory IBS after interventions of dietary changes, probiotics, antibiotics, and/or anti-depressants had failed. Of the 13 participants in the study, 70 percent reported relief of their IBS symptoms and nearly half reported an improvement in their overall well-being.

“IBS…has a tremendous effect on the quality of people’s lives and has proven to be very difficult to treat,” said David M. Pinn, M.D., one of the doctors involved in the study. “…Fecal microbiota transplantation can be a safe and effective treatment modality for the symptomatic relief of refractory IBS.”

Fecal transplants may be a bit extreme for many, and for those who wouldn’t consider it, it’s important to know that there are other options for repopulating your gut with good microbes. Two common ways to do this are by taking probiotic foods and supplements, which can be very effective, but takes much longer to experience results: the average probiotic food or supplement contains between 1–30 strains of probiotics at billions of units. In comparison, healthy poop contains 1,000+ strains of microbes at hundreds of trillions of units.

If you’ve contemplated getting an FMT, where you live is important. As of 2013, the FDA has classified fecal microbiota transplant as an “investigational new drug.” It is only permitted to be used on patients with C. diff infection whose condition didn’t respond to multiple courses of antibiotics. Canada’s requirements are similar to the United States. This means that, if you live in the USA or Canada, you cannot get a fecal transplant for IBS. In the UK, Australia, Europe, and some other nations, however, you may be able to get an FMT legally from your doctor.

If you live in the USA or Canada and want to try fecal transplant for IBS, one option is to see if there are any clinical trials for fecal transplant and IBS open. You can go to clinicaltrials.gov to check.

Have you ever considered a fecal transplant? Have you received one? We’d love to hear from you in the comments below. 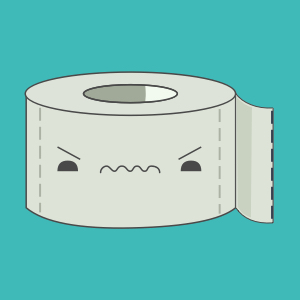 My Discouraging Journey to Getting Diagnosed

How Long Do FODMAPs Take to Trigger IBS Symptoms?