Hey there, I've been living with IBS for a year now. Survived a lot of annoying stuff such as nausea, severe panic attacks, fever, chills, fear of death, obsessive compulsive disorder and actually I'm fighting derealization. I lost seven KGs due to diets.

Sometimes I take antidepressants which frequently reduced depression symptoms, but sometimes it doesn't work. People tried to scam me too in this sensitive situation. However, I've heard about someone that have cured patients who have been diagnosed with IBS for 11 years. I'll ask for information. If something comes up, I'll post it here. 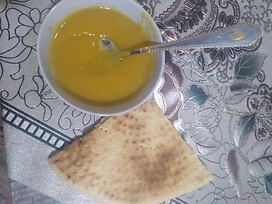 3 comments
This article represents the opinions, thoughts, and experiences of the author; none of this content has been paid for by any advertiser. The IrritableBowelSyndrome.net team does not recommend or endorse any products or treatments discussed herein. Learn more about how we maintain editorial integrity here.

Have you tried eating smaller portions to manage symptoms?