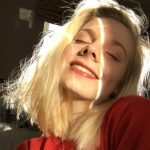 It’s hard to know where to begin when it comes to IBS. The pain, the embarrassment, the mental anguish, the list goes on. When I was diagnosed with IBS I had believed it would be the end to all the symptoms I had been struggling with for so long. A leap onto the path to a clean bill of health. But IBS isn’t as simple as that.

I had been struck by abdominal pain, nausea, and diarrhea on a daily basis for about 2 years. During these two years I underwent numerous tests and attended countless doctors appointments to find out what was disrupting my life to such a degree. After every test came back negative, I was booked in for a laparoscopy to explore any possible gynecological problems.

I awoke from my surgery to a nurse who explained I was fit and healthy, so it was probably ‘just a bit of IBS‘. I’m sure so many of you have heard or even said this yourself – I know I have. Although I’d been given an answer I felt defeated that despite feeling so unwell for so long there was no true, physical answer or evidence as to why, I was ‘fit and healthy’ according to my doctor. Before my own experience with IBS I was always lead to believe it meant you just had an upset stomach more so than the average person. So after I was told I had IBS I didn’t take it seriously and felt I’d kicked up a fuss for nothing – a complete overreaction.

Taking care of ourselves

I feel incredibly guilty now for being so uneducated and ignorant to the effect of IBS on so many peoples lives. Two years on with a wealth of knowledge about IBS under my bloat I can say it is not something to be taken lightly. We have to take ourselves and our health seriously, despite others lack of understanding of our illness, even though it isn’t always the easiest.