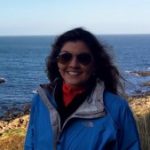 IBS isn’t always attractive. Okay let’s be serious, IBS is never attractive. Whether it be the bloat, the sounds, or the smells, IBS always leaves us feeling less attractive, and in many cases, less romantic. Not only do we feel less attractive when we are having a flare up, we’re more than likely less attractive to our significant others.

There’s nothing that can kill the mood more than IBS. I often have people ask me how to deal with IBS and relationships. Whether it’s a new relationship, or you’ve been in the relationship for years, each scenario as an IBS sufferer comes with it’s own challenges.

In a new relationship, my advice is to always tell your new significant other about your IBS sooner than later. You don’t want to be with someone who isn’t understanding of your health situation. This is not the easiest thing to do because of the stigma around IBS, but it’s better to do it at the beginning of a relationship, in my opinion. Now don’t get me wrong, I’ve been with my husband for over six years, and for five of those years, I’ve had IBS, and the annoying syndrome still gets on his nerves! Even though it’s not always easy, he understands that IBS is part of our lives, and loves me and is patient with me despite my symptoms. It’s important to have someone that supports you, because if you are in a toxic relationship, it can make your IBS worse. No joke! Stress is a big cause of IBS, and if you are with someone who gives you a hard time about your illness, it can send you into a permanent flare.

I feel that even though my husband, IBS, and I have been in a relationship for five years, it’s important to revisit our complicated relationship with IBS on a regular basis. For instance, sometimes, I feel like I talk about IBS way too much. I try to keep it to a minimum, but sometimes, especially when I’m having a bad flare, it can be really, really hard! But, I have found that the less we talk about IBS, the better off we are, and the better off our relationship is. It’s okay to talk about it; it’s even good to talk about it! Just don’t make IBS your main talking point. Your significant other and yourself will thank you. Your significant other is probably tired of hearing about it, and talking about something else can take your mind off of your symptoms, and even improve them!

When you start to get comfortable with your significant other, “bathroom talk” becomes more acceptable. There’s even a study performed by Mic that found that the majority of people usually start to pass gas around their significant other between 2-6 months of dating. While it becomes more acceptable to pass gas in front of your significant other the more comfortable you get around each other, just remember, it’s cute and funny, sometimes. Most people with IBS, especially if you ate something that doesn’t agree with you, have bad smelling gas, and sometimes it can be loud. Just try to be mindful about your intimate relationship, and head to the bathroom and meditate or read a book if you get a bad bout of gas. Your significant other won’t mind. Trust me!

How IBS Impacted My Friendships

Do You Feel Sexy?