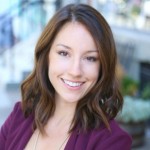 To say I was “diagnosed” with IBS would be an overstatement of epic proportions. It sure didn’t feel like a diagnosis. At least not like the ones I saw on TV. There was no dramatic music, no montage of tests, no sigh of relief and discussion of next steps – just a hastened doctor who poked my stomach and said “it’s probably just IBS.”

And at this point, if one more doctor tells me it’s “just IBS” I might punch them in the colon. I don’t consider myself to be a very violent person, but hearing that phrase lights a tiny fire of fury in my tummy. Of course, it doesn’t help that when I hear these words, I’m typically in excruciating pain, so the last thing I want to hear is it’s “just” anything.

I’ve had digestive issues for almost 20 years. Growing up, I’d spend countless hours holed up in the bathroom, hunched over in pain and clueless as to what was causing it. It always seemed to happen at 2am, too, which of course stressed me out even more thinking of all the sleep I was losing. Part of me appreciated the evening flares, though, in comparison to other times of the day – I’d have full reign of the bathroom and no one would stand awkwardly in the doorway asking “y’okay?” But every now and then, when the pain seemed especially incessant, I’d call for the comfort of Mom, even though there was nothing she could do. To this day, I don’t fully understand the purpose of a warm washcloth, but my mother made sure to give me one every time. And it was somehow comforting.

When you’re 12 years old, your concept of “normal” is strongly based on what other people tell you. If your parents don’t seem concerned with your bathroom habits and kids at school are certainly not discussing the topic, it’s pretty easy to conclude that your intense abdominal pain and diarrhea is just a “normal” part of life. But after a while you start to think, “How bad does the pain have to be before it’s “worth mentioning?” How much time in the bathroom is considered “acceptable” for a growing girl?

But IBS still never crossed our minds. Even after I mentioned it to a doctor, it was years before any conclusions were drawn. As time progressed, it felt as though it was simply a diagnosis of elimination. Doctors blamed enzymes, imaged me for a contracted gallbladder, tested me for Crohn’s, and of course, suggested a psychologist, until finally all they could say was “it’s probably just a spastic colon.”

Silly me and my dramatic overreactions! It’s just a spastic colon. Phew!

But for some reason, assigning it a flippant title didn’t make it go away. And it still didn’t make me feel validated with my symptoms.

And I still struggle to feel like my experience is legitimate. Sometimes I feel like I should have more pain or more diarrhea, like not having a flare for a couple weeks means that I’m fine and that the previous 15 years were all in my head. I still feel like people think I’m a hypochondriac when I say I have IBS, like it’s not real – just something I tell myself to feel better about my excessive flatulence.

But it’s real. And more importantly, I’m finally getting to a point where I just don’t care if others believe me. “You do you” as they say. And I suppose I’m starting to live by those oh-so-elegant words of wisdom.