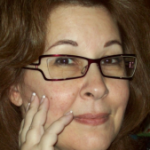 For years I’ve been cohabiting with a volatile partner called IBS that I’ve wanted to break up with for years. Unfortunately, it has no yellow sheet, leaves no visible wounds, and isn’t traceable via the DMV and CODIS, so I can’t have it jailed for domestic violence and take out a restraining order. I’m stuck with this slimeball for keeps. But there is good news, too.

Some control over my IBS

I’m happy to report that I’ve finally found some respite from those continuous barrages of gas pains, explosive diarrhea, and constipation. After following every bit of advice from my gastro, other patients, research, FODMAP handouts, probiotics, vitamins and supplements, peppermint, and trial and error, I found sanctuary in a pretty simple concept: portion control. I already had a healthy diet rich in vegetables, lean meats, some dairy, fruit, and some starches. With a little tweaking (like not eating past 7 p.m.), the medieval villagers that live in my gut have thrown away their torches and pitchforks and gone back to their cottage industries, relieved that the monster is no longer on the rampage.

My food choices weren’t so limited

I used to think I had to forget about eating French bread, figs, focaccia, flour, fruit salad, and fried food. In reality, all I’ve had to forget about is those pesky FODMAP diets, pitching both the high and low lists in the circular file. They are confusing, defeating, and reek of punishment, the kind that schoolmarms inflict on kids by making them write what’s on the chalkboard twenty times: I will never eat another pizza, Big Mac, or box of cheesy macaroni, ever again.

Instead, I now listen to the rhythms of my gut as I put together an eating regimen that is both flavorful, healthy, and include my favorites. I eat a full bowl of regular pasta most days, English muffins or artisanal bread several days a week, and pretzel twists for some snacks. I do not deny myself one single thing and therefore feel no desire to cheat or binge. Because of this, I can’t remember the last time I ate a Big Mac or a box of mac and cheese. I make healthy alternatives at home that are delicious. And, I’m lucky to have lost my sweet tooth. You’ll find no candy or cookies in my house. I just don’t care about them.

My regimen consists of breakfast, lunch, and dinner. Whether I eat snacks depends on how much I eat at mealtime and how filling it is.

Often, breakfast is just a robust cup of coffee with half-and-half. Sometimes I’m hungrier in the morning and will fix a homemade sausage egg muffin (I use Italian sausage). Add a bunch of grapes and it becomes a flavor-packed hearty meal with protein, fat, salt and fruit. I’m usually not hungry for hours. It might cause some cramping that isn’t immediately productive, but it isn’t going to cause an accident.

One key to portion control is to check myself out whenever I think I want to eat. I ask myself: Are you brain-hungry or stomach hungry? If it’s only psychological then I’ll make a cup of tea or coffee to quiet the urge. Sometimes I’m really just dehydrated. If I stick to the amounts of food mentioned, I’ll have no gut upset, no abdominal distention, and no painful bloated feeling that threatens to crack a rib. I might have a mid-morning bowel movement that is pretty normal, even if all I had was a cup of coffee. That kind of routine is much-welcomed. It makes me feel like my old self, the one prior to developing IBS.

Lunch can be tuna with chopped red onion, red pepper in moderation, cucumber, and celery, with a little mayonnaise as a binder, and grapes on the side. Another favorite lunch (or dinner) is a generous bowl of pasta, no sauce, just with freshly-grated Locatelli pecorino Romano. If I skimped on breakfast, I might take the tuna salad and make a tuna melt with it on half an English muffin, topped with a tomato slice and cheddar cheese and with a side dish of grapes, sweet dark cherries, blackberries, or roasted whole pecans and dried cherries.

Dinner can be a mixed greens salad with tomato, cucumber, shredded cheddar, whole pecans, and dried cherries, with apple cider vinegar dressing. That’s usually not enough bulk if I’ve skimped on lunch, so I’ll add two small frozen fish fillets. That’s the only processed food in my diet, aside from canned diced tomatoes I use to make turkey chili, which I eat twice a week for either lunch or dinner. I’ve tried the low or no-sodium canned tomatoes but they make the chili taste kind of blah, even though I load up on spices such as cumin, chili powder, cayenne pepper, and garlic. Added sodium in canned foods enhances the flavor of the food without giving it a salty taste, and I seem to prefer that. I’m not worried about that added sodium in my diet because I eat so many whole foods naturally low in sodium. Canned tuna has less sodium than canned salmon and has potassium that is double the amount of sodium.

The highest fiber foods are the ones that do me in. I cannot tolerate much of the cruciferous vegetables such as cabbage, broccoli, and red pepper, but I love them so I’ve discovered how much is too much and will send me running to the toilet bent over with torturous gas pains, persistent diarrhea, and a constantly distended abdomen. I don’t have to measure anything or count calories or track how many mg of protein, sodium, fat, sugar, potassium and carbs I’m taking in. I’ve done enough label-reading to have the general landscape in my head.

You’ve probably guessed where I’m going with this. The above eating regimen has had the lovely side effect of weight loss. Eating healthy and figuring out how much is too much for my IBS symptoms has naturally cut enough calories to make me lose three pounds per month. I reached the obese plane in the BMI a couple of years ago and the weight was taking its toll. Now that I’ve lost nine pounds, I feel better in general.

Portion control, knowing that cruciferous veggies set off my worst IBS symptoms and eating them sparingly, not eating after dinner, and not denying myself what I like, is finally starting to pay off.