The One Prescription Medication I Take for IBS

For those most part, I have never really done well with most medications for IBS, either over-the-counter OR prescription. In fact, many over-the-counter medications such as Imodium of Milk of Magnesia would have adverse impacts (if I took it for Imodium diarrhea, it would not only stop it but then lead to constipation; conversely, if I took Milk of Magnesia for constipation, it would usually bring on a bout of diarrhea).

Medications that work for other people's IBS

Likewise, while I know some people have had great success with SSRI anti-depressants in helping their IBS, due to the sensitivity I have with medications like that including some annoying side effects, it was never really an option for me. For the most part, I control my IBS with my diet (not just what I eat – though that's crucial – the timing of my meals and even how I eat) and some supplementation (of probiotics and soluble fiber).

The medication that works for my IBS

However, there is one prescription medication that has been pretty helpful in quelling some of the side effects of IBS that I use on a semi-regular basis: Dicyclomine (otherwise known as Bentyl). Dicyclomine is a smooth muscle relaxant – that is, it works by targeting the intestinal muscles and relaxing them.

Early on in my IBS diagnosis, I was prescribed a similar medication called Librax and told to take it about 20 minutes before eating any foods I thought would trigger me. The problem was it seemed most foods at the time, triggered me. I still didn't have a handle on my diet and hadn't gotten a grasp on how to manage IBS through food choices. Additionally, at the time I was in college and somewhat at the mercy of my meal plan and the cafeteria food I was restricted to eating. Finally, it's not great to be taking a muscle relaxant nearly daily. I did notice when I took that it seemed to help minimize an IBS outbreak (or if I did have one, that it was at least less severe and shorter in duration). But it also made me sleepy and woozy – not a good thing when I had to be alert for classes and a steady stream of homework. So, I only took it a few times a week and usually only in the evening. But the downside was I still had all these other outbreaks. I eventually stopped taking it altogether.

About five years ago, I was in urgent care with very bad pains on my right side. The doctor suggested dicyclomine. I mentioned I didn't have the greatest experience with Librax, and they're in the same family of drugs. However, he told me dicyclomine was less intense and tended to have fewer side effects and he'd prescribe me a low dose. Rather than telling me to try to predict an IBS flare and taking it for that or taking it before eating trigger foods, he suggested taking it only during a specific instance: when I was experiencing painful abdominal cramping. I followed his suggestion and found it very helpful.

I currently only take dicyclomine when I am having abdominal pain – usually only a few times a month – and I find it really lessens the intensity of that pain and sometimes even eradicates it. Sometimes this pain is abetted by bloating, diarrhea or constipation. Sometimes it is not. Either way, my sporadic abdominal pain is probably at least partially due to my IBS. Specifically, I tend to take dicyclomine when I am on my period or just before it – when my abdominal pain is at its worst and usually is accompanied by an increase in IBS-related symptoms. It has helped me with that immensely. Anything that helps knock down the pain is useful.

Have you ever taken dicyclomine for your IBS? Did it help? Please feel free to comment below!

Can Nausea be a Symptom of IBS? 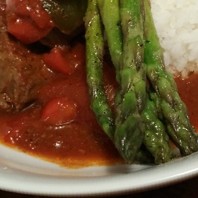 0 comments
This article represents the opinions, thoughts, and experiences of the author; none of this content has been paid for by any advertiser. The IrritableBowelSyndrome.net team does not recommend or endorse any products or treatments discussed herein. Learn more about how we maintain editorial integrity here.

Do you feel an increase in body heat after a flare-up?