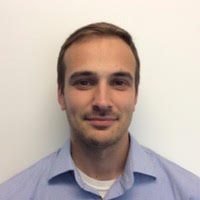 DJ was previously an advocate for IrritableBowelSyndrome.net

D.J. graduated from the University of Delaware in May 2017 with a major in Communications and minors in Advertising and Animal Science. A month before graduation he began to experience a myriad of digestive as well as ENT related issues. After several courses of antibiotics he began to feel better, although not 100%, and pursue a career as a technical recruiter. After a few months on the job his symptoms came back much worse than before and he felt it was wise to quit his job as a recruiter and focus on his health.

D.J. had a number of differing diagnoses ranging from chronic adenoiditis to a candida overgrowth. After tons of testing and a couple surgeries (adenoidectomy and esophageal dilation) the most accurate diagnosis was settled on as SIBO. D.J. continues to work on treating his SIBO while helping others deal with the many ramifications of IBS.

I Hated School Bathrooms, Then Destroyed My Pants

Beyond Exhaustion: How Life Changes with Fatigue